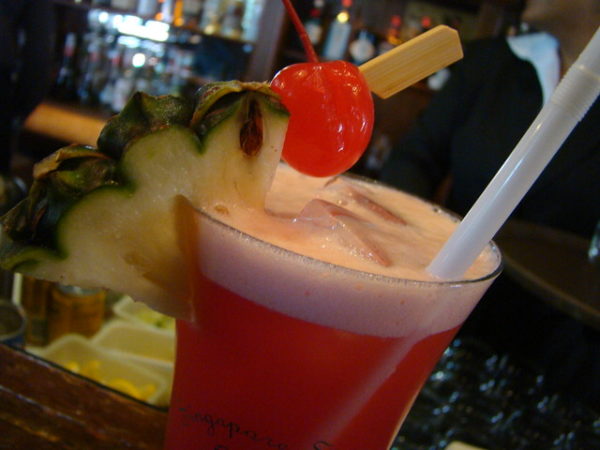 Singapore, like many other countries, has something unique among food to offer to its foreign tourists. One of them is the Singapore Sling. A trip to this country would be incomplete if you miss out on this tasty cocktail.

What is a Singapore Sling?

The word Sling originated from a German word “Schlingen”, which means swallowing. In this context however, it refers to the spirits that have been diluted with either soda or water. It is regarded by many as Singapore’s national drink and it’s meant to be easily sipped on.

The Singapore Sling is a cocktail which comprises of gin and originates from Singapore. The Sling is usually pink in color and is foamy in texture.

Also, liqueurs with different flavors of orange, cherry, herbs are included to enhance the sweet and tasty cocktail.

History Of The Singapore Sling

During the early 20th century in Singapore, it was culturally unappealing for women to openly consume alcohol in public. Most of the people enjoying drinks at lounges and bars were men with bottles of whiskey or gin in glasses. However, women would often accompany these men but would have to drink non-alcoholic beverages such as coffee, fruit juice, or tea. 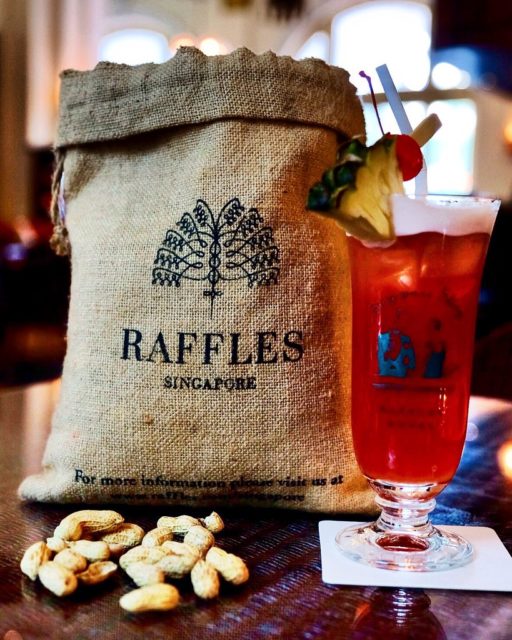 Mr. Ngiam Tong Boon, who worked at the Singapore Raffles Hotel, is responsible for the creation of The Singapore Sling as he identified that there was an underserved community among upscale women. It was due to this cultural limitation that Mr. Ngiam came up with a better alternative for the ladies. He made a cocktail that resembled fruit juice and still tasted sweet but had alcohol inside.

Although you can find Singapore Slings in the city state now, it is believed that the actual original recipe was misplaced around the year 1930. This has resulted in confusing and conflicting ideas on what ingredients are required to make a Singapore Sling. The only ingredient that stands out undisputedly is the Benedictine herbal liqueur.

Apart from the Long Bar at Raffles, various bars have come up with their own ways of making the Sling. The fact that Raffles is regarded and perceived to be the birthplace of this drink allows the hotel to take credit for the sweet and very unique drink.

Some of this drink’s fans made it famous through their works. These include Hunter S. Thomson, an American writer who described it as the favorite drink in the 1971 famous novel:  Fear and Loathing in Las Vegas, where it is quoted that characters were waiting for an afternoon call while sitting for long hours in the Polo Lounge drinking Singapore Slings.

Charles Baker, who authored the drinking guide in the year 1939 referred to it as The Gentleman’s Companion.

Tom Waits, an American singer, sang about a talk with a lieutenant concerning baseball after having a Singapore Sling. This was in the Shoreleave song of 1983.

Where Do you drink the Singapore Sling?

This historical Raffles Hotel in Singapore was established in the year 1887.

It would be an exhilarating experience to have a taste of the Sling in the renowned Raffles hotel which houses the Long Bar.

You can enjoy the opulent atmosphere while sipping on the internationally recognized Singapore Sling at the comfort of a fancied up chair. The Raffles is famous for its perfect blend of stylish luxury and a touch of the antique interior set up.

In the olden days, Raffles Hotel acted as the major stopover for tourists who came to Singapore. It was regarded as the rich men’s hotel. It was host to the wealthiest men in Singapore to gather and network with others in their community.

If you are intending to visit Singapore, just make sure you have grabbed yourself a glass or two of The Singapore Sling preferably at the iconic Raffles Bar!