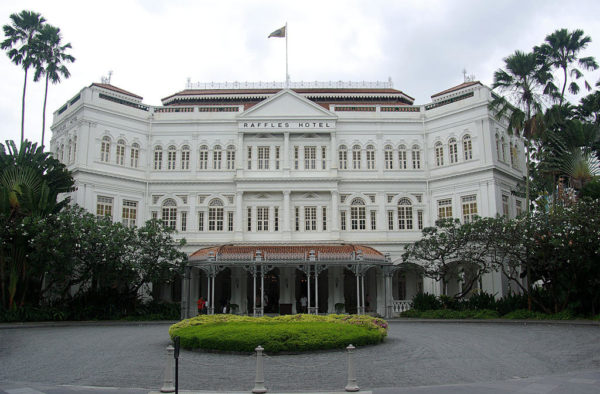 If you’ve been researching what to do and where to go in Singapore, you’ve probably come across the name Raffles multiple times already. Perhaps one of the most famous Raffles named spots is the Raffles hotel which is the best known hotel in Singapore. You may find older, bigger, or more luxurious hotels in Singapore but you won’t find one with more history than the Raffles hotel. The history of the Raffles Hotel is closely intertwined with the history of Singapore and we’ll even disclose some old stories about tigers and a world famous cocktail. 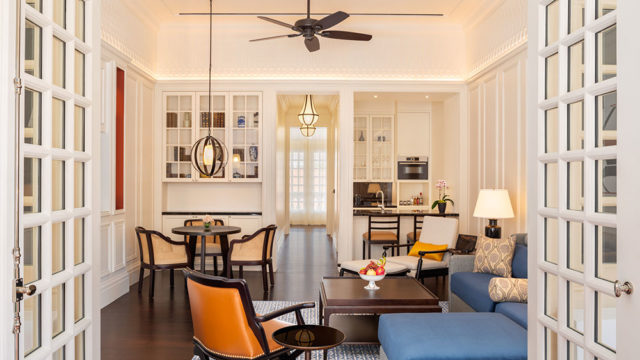 The Raffles Hotel along with other sites in Singapore are named after the founder of modern-day Singapore, Sir Thomas Stamford Raffles. What started as a private beach house over the years has transformed into a Singapore landmark. The Raffles Hotel was built in 1830 and was first called the Emerson’s Hotel in 1878. After the death of the owner, it became a boarding house for the Raffles Institution, Singapore’s first college preparatory school which was founded by Sir Raffles.

The great location of the Raffles beach house did not go unnoticed by three entrepreneurs from Armenia. The Sarkies brothers leased it in 1887 and the Raffles Hotel opened for visitors. It soon made its name thanks to the great seaside location and high standard of service. The Sarkies brothers were merchants that came from Persia so the hotel was run with a mix of Arab hospitality and European standards. The brothers’ trade connections helped them offer food that was rarely available in any other hotel in Asia to guests. Word spread that caviar from the Caspian Sea was available for a taste and interest grew. With only 10 rooms in the beginning, the Raffles Hotel kept expanding over the next decade and added on new buildings or leased neighboring ones.

In 1899, the Raffles Hotel finished its new main building on the site of the first beach house. With powered ceiling fans and electric lights, it was a state of the art building for its time which fortified its position as one of the best hotels in the region. However, when the Great Depression came along in the 1930’s, the Raffles Hotel was also impacted along with the global economy and the Sarkies brothers declared bankruptcy in 1931. In 1933, the Raffles Hotel reopened and was re-established.

World War II did not treat Singapore well and the Raffles Hotel witnessed some of the turmoil. It survived thanks to its loyal employees and it became more than a workplace for employees and more than a place to stay for guests. The hotel staff buried all the silverware during Japanese occupation to protect it from looting. They concealed it for better times once the war had passed as if it were some sort of family heirloom. There is a legend that when the Japanese invaded and entered the hotel, guests were dancing one final waltz. Once Singapore was liberated in 1945, the hotel was reopened and the British flag was raised once again atop the hotel. 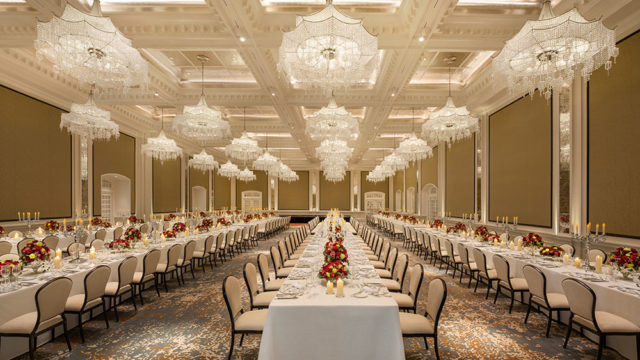 Raffles Hotel was declared a national monument by the Singapore Government in 1987, the same year it was renovated. The newest renovation ended in August 2018. Special attention was given so everything would look and feel like the old days. Being in this building is not staying in a hotel, but living, breathing and absorbing history. “Like you are in a movie” – was one of the comments that is often used to describe the experience.

Interesting Facts about the Raffles Hotel in Singapore:

The bond that this hotel had with its staff is best depicted by the fact that Leslie Danker, the hotel’s longest-serving employee is now a hotel historian. He is always glad to share some of the amazing stories with the visitors, and that is something you can learn about if you go to the hotel’s website. 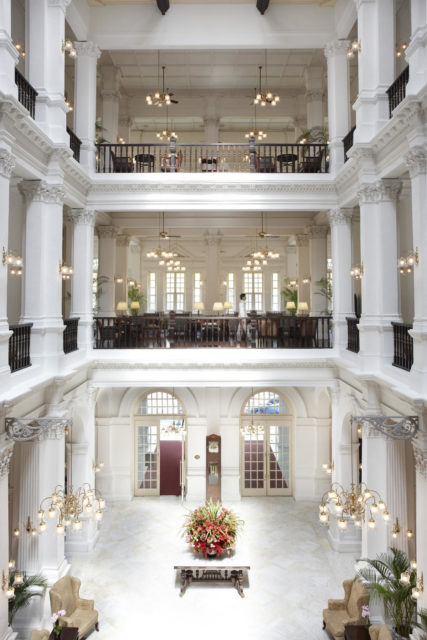 The celebrities that stayed here are too many to be listed but some of them include Rudyard Kipling, John Wayne, Jackie Chan, Michael Jackson, and Queen Elizabeth II.

One of the most famous guests was a wild tiger.

Many movies were filmed here and one movie is even named after it: Raffles Hotel released in 1989.

The history of Raffles Hotel is not a romantic story but it sure feels like it. It took centuries to write and it is still in the process of making.  The visionaries and entrepreneurs that were the Sarkies Brothers started this story and the employees and guests are still writing it. They have all helped this hotel find its story.

The Sarkies name still lives on in Singapore through Sarkies Road.  It is not named after the Sarkies brothers but after Regina Sarkies, wife of their cousin Arathoon, also a famous hotelier.

But they are not forgotten. In tribute to the Sarkies brothers, the coffee shop in the Eastern & Oriental Hotel, is named “Sarkies Corner”.

This story is proof of a large impact that the Armenian community had on Singapore, and that is amazing. 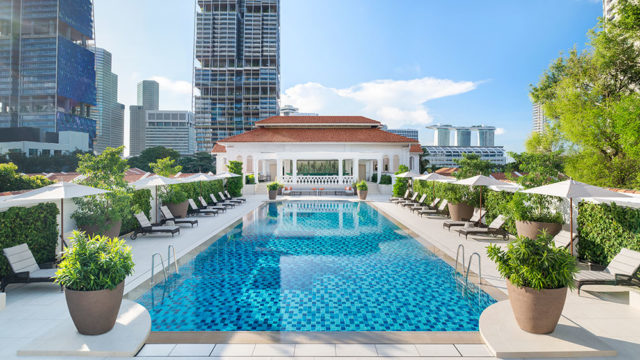 As a building built by an Arab, leased to an Englishman, then to Armenian brothers, the history of the Raffles hotel is history of Singapore itself. It is a classic example how different nations helped shape the city and state, and whatever nation you may belong to, you can probably find a compatriot that helped build all that you see today in Singapore.